QUOTE:
"Music gives us a language that cuts across the disciplines, helps us to see connections and brings a more coherent meaning
to our world."
AUTHOR: Ernest Boyer

MEANING OF THE QUOTE:
“Music incorporates all the elements of life into one medium.” 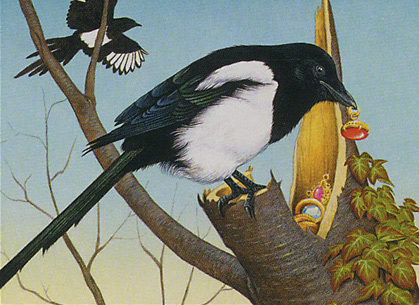 ADV. STRINGS
[SPRING CONCERT (THURSDAY; MAY 30TH) PREPARATION]
01. ORANGE BLOSSOM SPECIAL
02. PIRATES OF THE CARIBBEAN
03.  SOMEBODY I USED TO KNOW

QUOTE:
"The history of a people is found in its songs."
AUTHOR: George Jellinek 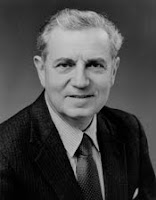 MEANING OF THE QUOTE:
"Man leaves behind his history through art.” 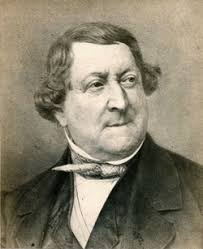 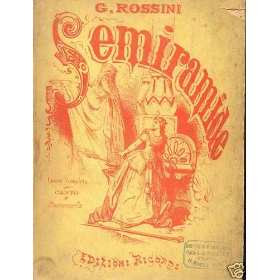 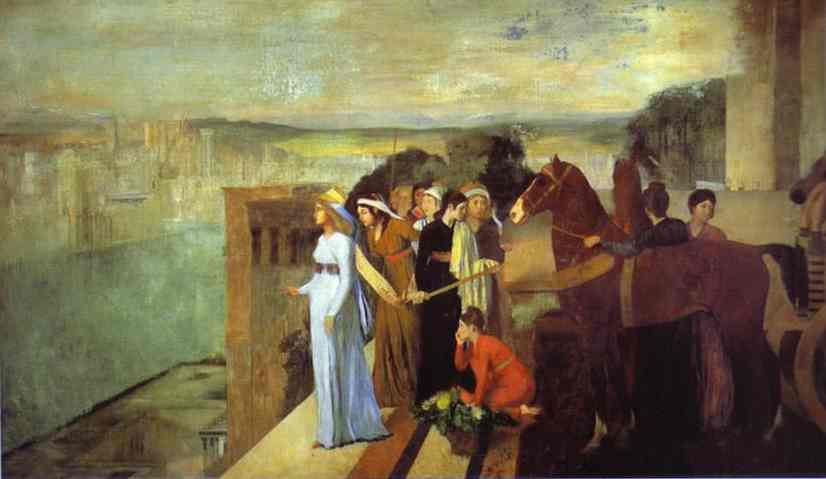 Semiramide is an opera in two acts by Gioachino Rossini. The libretto by Gaetano Rossi is based on Voltaire's tragedy Semiramis, which in turn was based on the legend of Semiramis of Babylon.  (http://en.wikipedia.org/wiki/Semiramide ) Semiramis (sĕmĭr`əmĭs) was a mythical Assyrian queen, noted for her beauty and wisdom. She was reputed to have conquered many lands and founded the city of Babylon. After a long and prosperous reign she vanished from earth in the shape of a dove and was thereafter worshiped as a deity, acquiring many of the characteristics of the goddess Ishtar. (http://encyclopedia2.thefreedictionary.com)

GENERAL MUSIC
01. KEYBOARDS: PLAYING RIGHT and LEFT HANDS TOGETHER AT THE SAME TIME

RE- TURNING IT BACK IN FOR GRADING

ADV. STRINGS
[SPRING CONCERT (THURSDAY; MAY 30TH) PREPARATION]
01. STAIRWAY TO HEAVEN
02. WHAT MAKES YOU BEAUTIFUL
03.  MY HEART GOES ON

QUOTE:
“Every composer knows the anguish and despair occasioned by forgetting ideas which one had no time to write down.”
AUTHOR: Hector Berlioz MEANING OF THE QUOTE:
“Artistic inspiration is fleeting (passing quickly) and unexpected.” 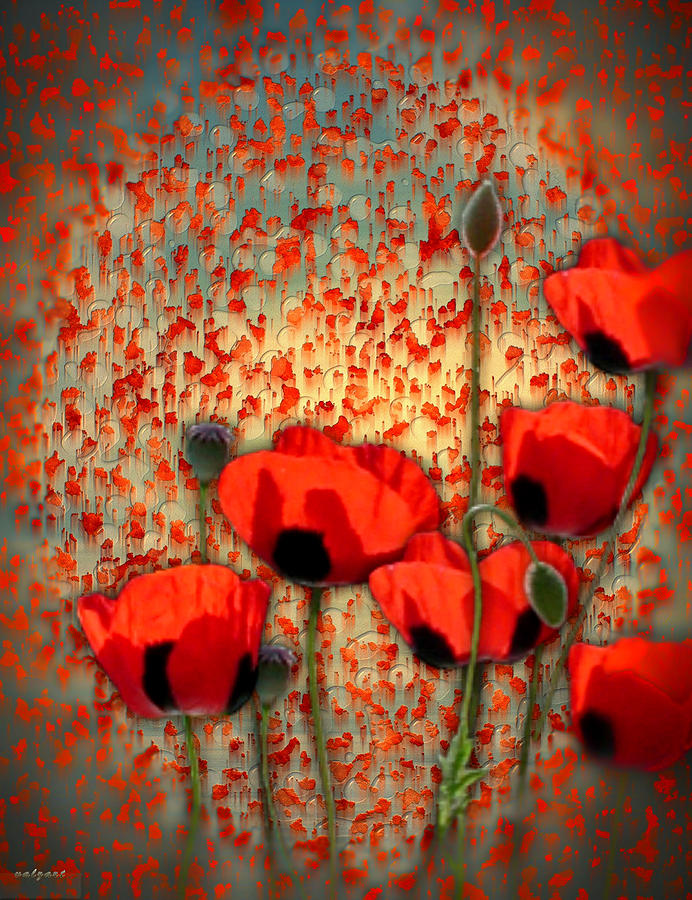 Posted by Miss Jacobson at 4:46 PM

QUOTE:
“If we were all determined to play the first violin we should never have an ensemble. Therefore, respect every musician in his proper place.”
AUTHOR: Robert Schumann

MEANING OF THE QUOTE:
“No single person becomes successful on their own; it takes the support of others.”

String Quartet No. 1
"From the Salvation Army" 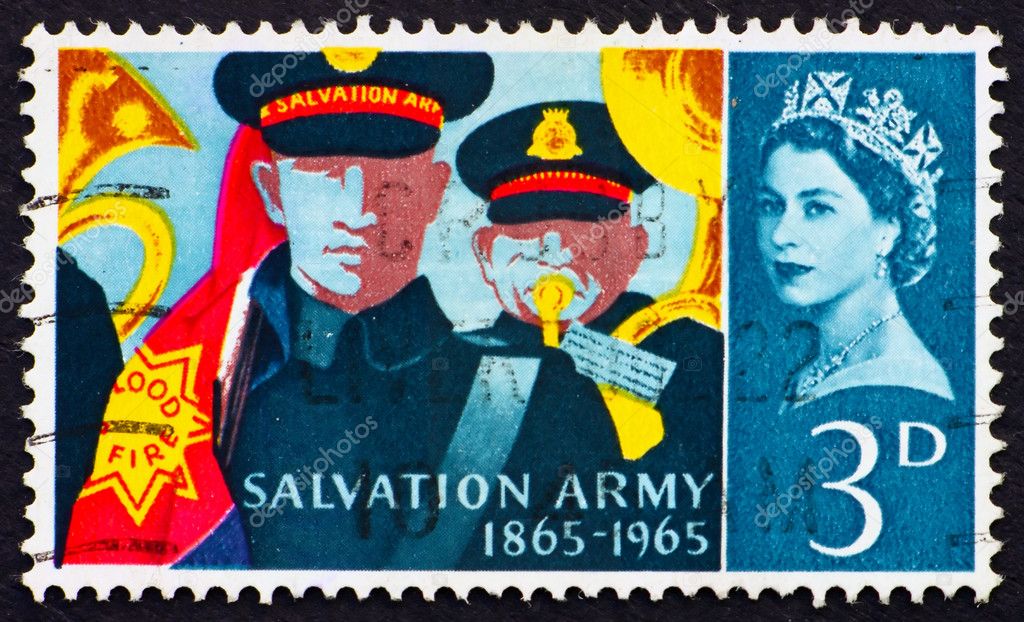 GENERAL MUSIC
01. THEORY
.......a.  REVIEWED THE DIFFERENCE BETWEEN NOTES THAT MOVE BY STEP and NOTES THAT MOVE BY SKIP
............1)  NOTES THAT DON'T MOVE BY STEP (and ARE NOT REPEATED NOTES) ARE NOTES THAT MOVE BY
SKIP
............2)  STEPS ARE WHEN YOU MOVE FROM A LINE NOTE TO THE VERY NEXT SPACE or VICE-VERSA
EITHER UP or DOWN
............3)  THERE ARE MANY KINDS (SIZES) OF SKIPS DEPENDING ON HOW MANY LINES and SPACES THERE
ARE INBETWEEN THE TWO NOTES and THEY ARE IDENTIFIED AS INTERVALS (3RD'S, 4TH'S, 5TH'S,
ETC.)
............4)  WHEN PLAYING MUSIC THE MUSICIAN DOES NOT THINK THE NAMES OF THE NOTES AS THEY PLAY
THEY VIEW THE STEPS and VARIOUS TYPES OF SKIPS AND KNOW THE PATTERNS OF FINGERING
ASSOCIATED WITH THE DIFFERENT COMBINATIONS THAT IS WHY IDENTIFYING STEPS and SKIPS
IS SO IMPORTANT FOR NOTE READING
.......b.  THEORY WORKSHEET:  IDENTIFYING NOTES THAT MOVE BY SKIP
.............1)  WE DID THIS TOGETHER IN CLASS
.............2)  WE PASSED IT IN (ALONG WITH 2 OTHER PRIOR WORKSHEETS) FOR GRADING
02.  SNARE DRUM TECHNIQUE and QUARTER NOTE RHYTHMS WITH LEFT/RIGHT DIRECTIONS
........a.  CONTINUED FROM EARLIER THIS WEEK
........b.  STUDENTS LEARN TO FOCUS BY SAYING THE MOVEMENT DIRECTIONS OUT LOUD WHILE PLAYING
THE RHYTHMS USING SNARE STICKS and DRUM PAD AGAINST A RECORDED BACKGROUND
........c.  PRODUCING THE SILENCE IS THE HARDEST PART BECAUSE EVERYONE IN THE GROUP NEEDS TO
STOP PLAYING DURING THE REST AT THE SAME TIME

QUOTE:
“You may call for peace as loudly as you wish, but where there is no brotherhood there can in the end be no peace.”
AUTHOR: Max Lerner

MEANING OF THE QUOTE:
“Peace will only happen when man learns to accept the differences of others and come
together as one.”


GENERAL MUSIC
01. NET CART COMPUTER PROJECT:  RESEARCHING and MAKING A MUSICAL INSTRUMENT
.......a.  STUDENTS FINISHED RESEARCHING 10 LINKS and PLACED THEM INTO THEIR GOOGLE DOC
DOCUMENTS
.......b.  FROM THEIR RESEARCH STUDENTS CHOSE AN INSTRUMENT TO MAKE and STARTED TO WRITE THE
INGREDIENTS and SEQUENTIAL DIRECTIONS DOWN INTO THEIR DOCUMENT
.......c.  ADD IN WHAT THE INSTRUMENT WILL SOUND LIKE, HOW IT IS PLAYED, and WHAT TYPE OF
INSTRUMENT IT IS (PERCUSSION, STRING, WIND)
.......d.  IF COMPLETED, SOME STUDENTS STARTED TO FIND PICTURES TO ADD INTO THEIR DOCUMENT
.......e.  STILL TO BE DONE:  EDITING FOR SPELLING, PUNCTUATION, ETC., PLACING THE WORDS IN A
FORMAT WITH FONTS and COLORS USED TO MAKE THE DOCUMENT EASY TO READ FOR A WEB PAGE
.......f.  E-MAILING THROUGH GOOGLE DOCS THE PROJECT TO THE TEACHER
.......g.  STUDENTS WILL MAKE THEIR INSTRUMENT AT HOME and BRING TO CLASS TO DEMONSTRATE

ADV. STRINGS
[SPRING CONCERT (THURSDAY; MAY 30TH) PREPARATION]
01. ORANGE BLOSSOM SPECIAL
02. SOMEBODY I USED TO KNOW
03.  PIRATES OF THE CARIBBEAN
04.  STAIRWAY TO HEAVEN

QUOTE:
“Everything will pass, and the world will perish but the Ninth Symphony will remain.”
AUTHOR: Ludwig Van Beethoven MEANING OF THE QUOTE:
“Good art will outlast the generations and continue to be popular.” Childe Hassam "The Fourth of July"1916 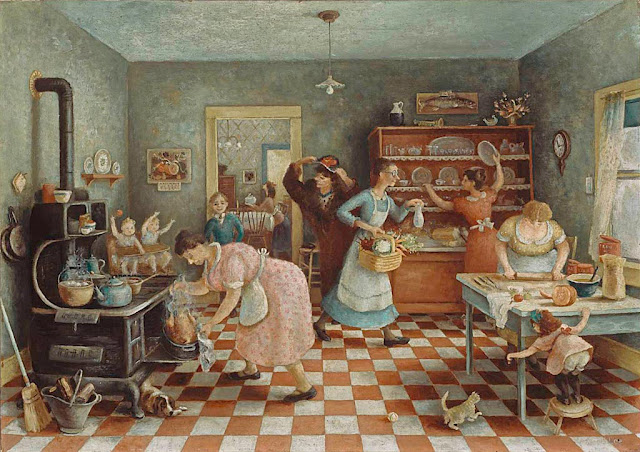 “Thanksgiving and Forefathers’ Day” was the first movement sketched of the four separate orchestral movements of “A Symphony: New England Holidays,” and the last to be performed. Its title refers to two American holidays: the national Thanksgiving Day, commemorating the first harvest of the Plymouth Colony, and Forefathers’ Day, commemorating the landing of the Pilgrims at Plymouth in 1620 and traditionally observed in New England in December.

The design of “Thanksgiving” can be represented as A-B-A with a very brief introduction and coda. The B section consists of three versions of George Frederick Root's hymn "The Shining Shore." The three variants themselves constitute a small a-b-a, with soft renditions of the hymn enclosing a more jagged and louder one.

The A section returns, builds grandly, and culminates with the choir singing the Thanksgiving hymn "O God, Beneath Thy Guiding Hand" to the tune called "Duke Street," against which horns and trombones proclaim the melody of "Federal Street":

"God! Beneath thy guiding hand, Our exiled fathers crossed the sea, And as they trod the wintry strand, With prayer and praise they worshipped Thee."

The author of the hymn was Leonard Bacon, who had been minister at Center Church from 1825 until 1866. Ives has us imagine "a Puritan band marching out of view and hearing," and then the music, full of bells and chimes, fades into silence.

--from notes by Michael Steinberg

QUOTE FROM THE BOARD:
“I have learned throughout my life as a composer chiefly through my mistakes and pursuits of false assumptions,
not by my exposure to founts of wisdom and knowledge.”
AUTHOR: Igor Stravinsky

MEANING OF THE QUOTE:
“Wisdom and knowledge are developed through lessons learned from making mistakes.” 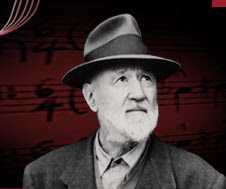 GENERAL MUSIC
01. THEORY:
.......a.  PASSED OUT NEW THEORY PACKET: STEPWISE MOTION and NOTE READING
............1.  WENT OVER FIRST PAGE IN CLASS
............2.  DISCUSSED THAT A STEP IN MUSIC NOTATION IS WHEN YOU GO FROM A LINE NOTE TO THE
NEIGHBORING SPACE NOTE EITHER UP or DOWN
02.  WROTE FINAL DRAFT ON PARAGRAPH ABOUT AUDIENCE ETIQUETTE AT DIFFERENT VENUES

Ives - Three Places in New England
close
Print
Charles Ives (1874-1954)Three Places in New England
The ‘St Gaudens' in Boston Common (Col. Shaw and his Colored Regiment)
Putnam's Camp, Redding, Connecticut
The Housatonic at Stockbridge
Some years ago the news was full of speculation that trees absorb sound as they grew – and with the right apparatus we could tap into this woody archive and listen in to history. It was a silly season tale, butThree Places in New England has something of the quality of what we might have heard: it is a reflection on American history and place through sound.
Ives created the piece in 1913-14, but found it impossible to get a performance. Sixteen years later he was still trying, and even the International Society for Contemporary Music turned it down. So, being a wealthy man, he took matters into his own hands and paid for the premiere himself. Then toured Europe with it – to great acclaim. Each movement has a poem or prose introduction that clearly tells of Ives’ intentions. They are the best keys to the piece.
‘St Gaudens’ fuses celebrated battle songs (Battle Cry of Freedom, Marching through Georgia and Stephen Foster’s Old Black Joe) with spirituals (Jesus Loves Me) to create a musical comment on America’s attitude to race and colour. The preface goes:
Moving-Marching-Faces of Souls!

Marked with generations of pain,
Part-freers of a Destiny,
Slowly, restlessly-swaying us on with you
Towards another Freedom!
The man on horseback, carved from
A native quarry of the world Liberty
And from what your country was made.
You images of a Divine Law
Carve in the shadow of a saddened heart-
Never light abandoned-
Of an age and of a nation.
Above and beyond that compelling mass
Rises the drum-beat of the common-heart
In the silence of a strange and
Sounding afterglow
Moving-Marching-Faces of Souls!
Putnam’s Camp is a play of memories in the mind of a child at a picnic:
Near Redding Center is a small park preserved as a Revolutionary Memorial; for here General Israel Putnam’s soldiers had their winter quarters in 1778-1779. Long rows of stone camp fire-places still remain to stir a child’s imagination. The hardships which the soldiers endured, and the agitation of a few hot-heads to break camp and march to the Hartford Assembly for relief, is a part of Redding history.
Here you hear both the picnic jollity and darker music of war – the child’s mind wanders further and further from the present, ultimately to a vision of the Goddess of Liberty. At the close he returns to the bright brass bands of the picnic. Among the tunes Ives plays with are Arkansas Traveler, Hail! Columbia, Massa’s in de Cold Ground, The Star Spangled Banner, Yankee Doodle and Semper Fidelis.
The Housatonic had its inspiration at one of the happiest times in Ives’ life. Shortly after their honeymoon in 1908, he and his wife Harmony walked along the Housatonic river in Massachusetts: “We walked in the meadows along the river, and heard the distant singing from the church across the river. The mist had not entirely left the river bed, and the colors, the running water, the banks and elm trees were something that one would always remember.”
© Svend Brown
Posted by Miss Jacobson at 4:31 PM

QUOTE:
“An artist is never ahead of his time but most people are far behind theirs.”
AUTHOR: Edgard Varese

MEANING OF THE QUOTE:
“Sometimes artists create art which is not understood by the general public.” MEANING OF THE QUOTE:
“Our emotions come out in our music. Many of these emotions are closely related.” Grades: 3-5 (Modifications can be made for older or younger students)

Standards:
• Singing, along and with others, a varied repertoire of music
• Composing and arranging music within specified guidelines
• Understanding relationships between music, the other arts, and disciplines outside the arts
• Listening to, analyzing, and describing music

Performance Indicators:
Students will compose a variation on an excerpt of “The Star Spangled Banner” after gaining tools and knowledge on variations in music as well as in areas outside of music.

Procedures:
1) Sing through the original version of “America (My Country ‘Tis of Thee)” as a class.


2) Show the class a picture of a house (you can use the picture provided, or use your own house, or the house of one of your students). You might also want them to all bring in a picture of their own houses so you can have a visual representation of all the different variations.


4) Talk about how even though the houses may have different variations in the way they are put together and organized, they all have some things in common, and ultimately are all still houses where people live.


5) Discuss how a piece of music can have variations as well. Ask if they can think of any songs that have multiple variations. (Perhaps a remix on the radio, or “The Star Spangled Banner” sung at various sporting events…)

7) Listen to the excerpts from Ives’ “Variations on America” and have the students circle the different types of variations as they hear them.

8) Using at least 2 of the types of variations from the list, have the students come up with a variation for “The Star Spangled Banner.”